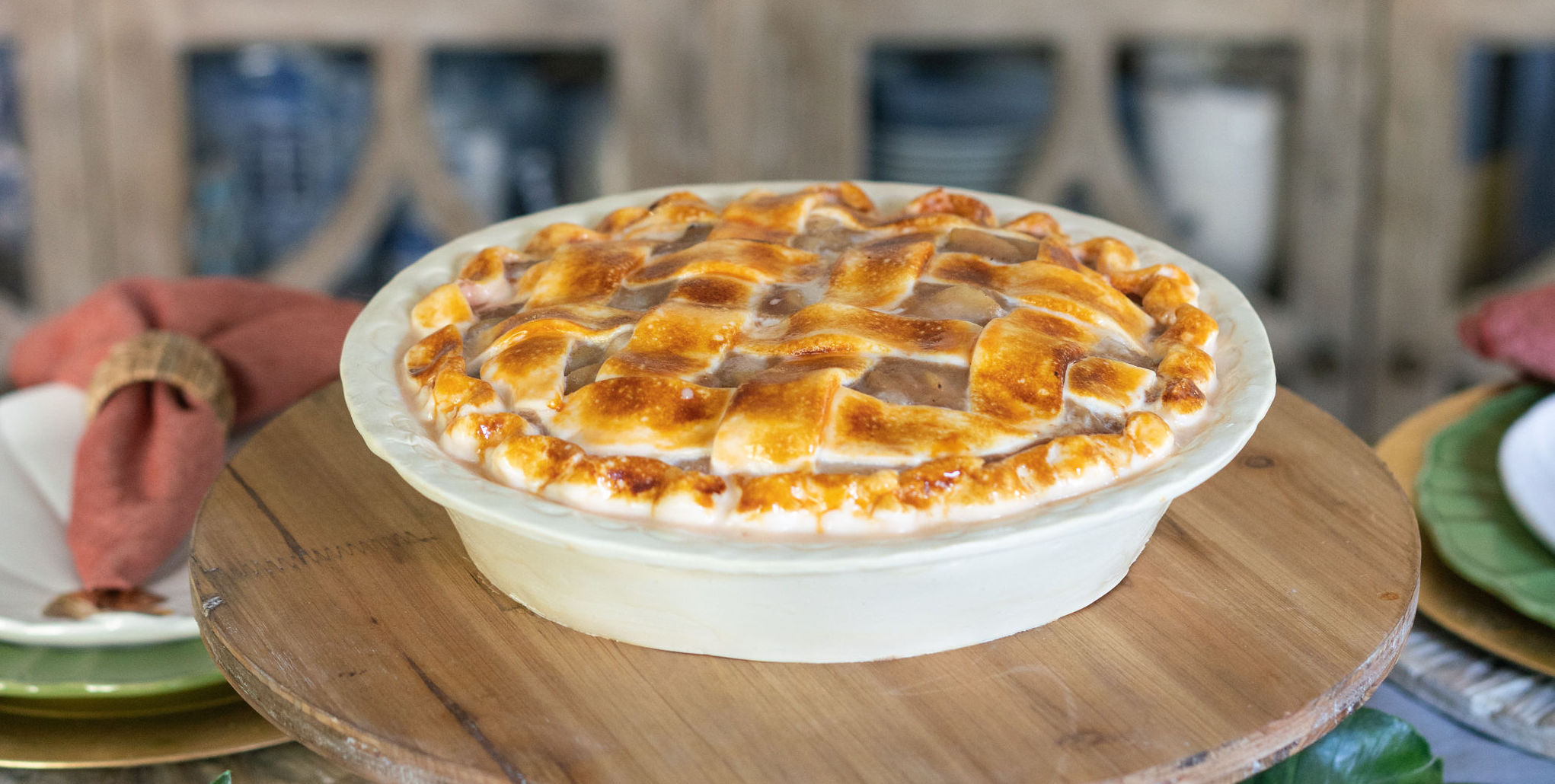 With Thanksgiving right around the corner, I wanted to share one of my favorite holiday cakes from last year. Thinking of a theme for a Thanksgiving cake, it’s pretty much a guarantee it will be food-related, and since I had already made a turkey cake a few years back, I thought I’d just go down the list of my favorite Thanksgiving foods. Helllooooo apple pie…cake!

Since it was an apple pie cake, I wanted the cake to taste like—you guessed it—apple pie! The cake itself was an apple spice cake, with cinnamon buttercream between the layers. Then I added a homemade apple pie filling on the top layer, so when I added the “lattice” it would look like a real apple pie underneath.

If you know me, then you know the details on a cake are my favorite part of making them. The pie “plate” was made out of modeling chocolate, then I added some details around the rim that were modeled off a pie plate I had in my cabinet. I created the lattice by rolling out strips of fondant and weaving them lattice-style, just like you would on a real pie. Then to give it the “baked” look, I toasted the whole thing with my blow torch. Too fun!

I also have to give a shoutout to maybe the greatest cocktail napkins of all time. These Ina Garten cocktail napkins are from Lettermade, and as soon as I saw them I knew I had to have them! And I don’t know about you, but all the holiday meals I’ve prepped have been at least 70% Ina recipes, so I think of her as being synonymous with Thanksgiving.

Below are some detail shots of the cake. Drop me a line in the comments for your favorite Thanksgiving food that you think would make a great illusion cake for next year!