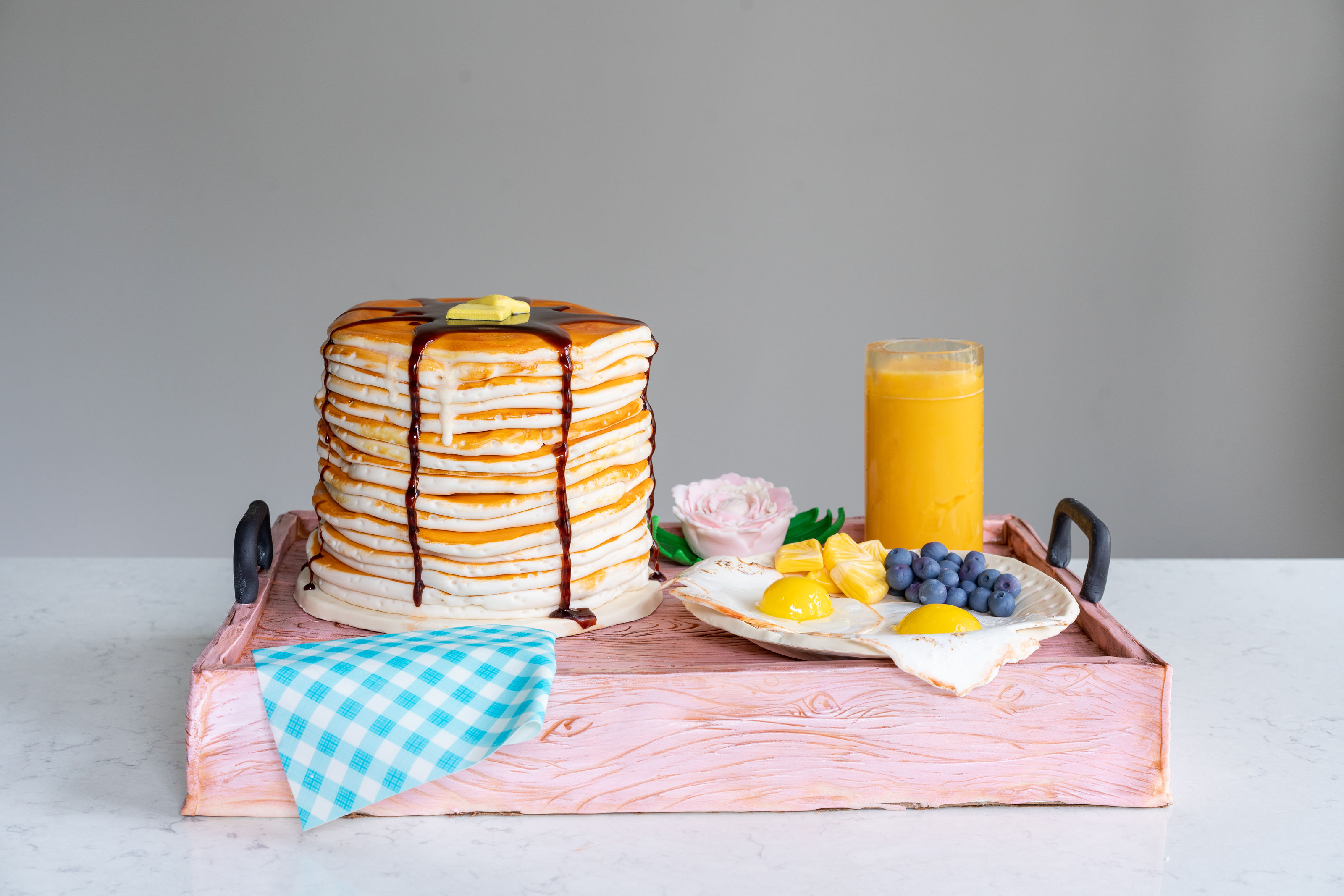 Happy New Year, friends! Alright I’m a little late on that, so happy beginning of the year-ish.

January is always a slower month for me, and this year I wanted to make a really over-the-top cake to help combat the holiday letdown that always happens during the few weeks after New Year’s.

I received the cutest PJ set for Christmas that I am so in love with, and I thought what could be better to compliment that than a massive breakfast cake! I saw Liz Marek make a similarly themed cake, and I thought a really feminine take on that would be so fun (cue the pink shabby chic tray, blue gingham napkin and pink peony).

The craziest thing about this cake? The ENTIRE thing is edible. Seriously.

The OJ glass? Edible. The napkin and wooden tray? Edible. And what’s the only thing that could make a giant stack of pancakes better? If they were actually pancake-flavored cake. Gasp!

Now for the pajamas—how adorable is this LAKE pajama set? Maybe it’s because I had cake on the brain, but I actually described these to my husband as “like sleeping in butter”, which believe me is the highest compliment there is. But in all seriousness, these PJ sets are AMAZING—so comfortable, adorable patterns, and so many different options (long shirt/shorts, t-shirt/pants, etc.). And if you’re a Charleston local, they recently opened up their flagship store downtown—it’s a must-visit!