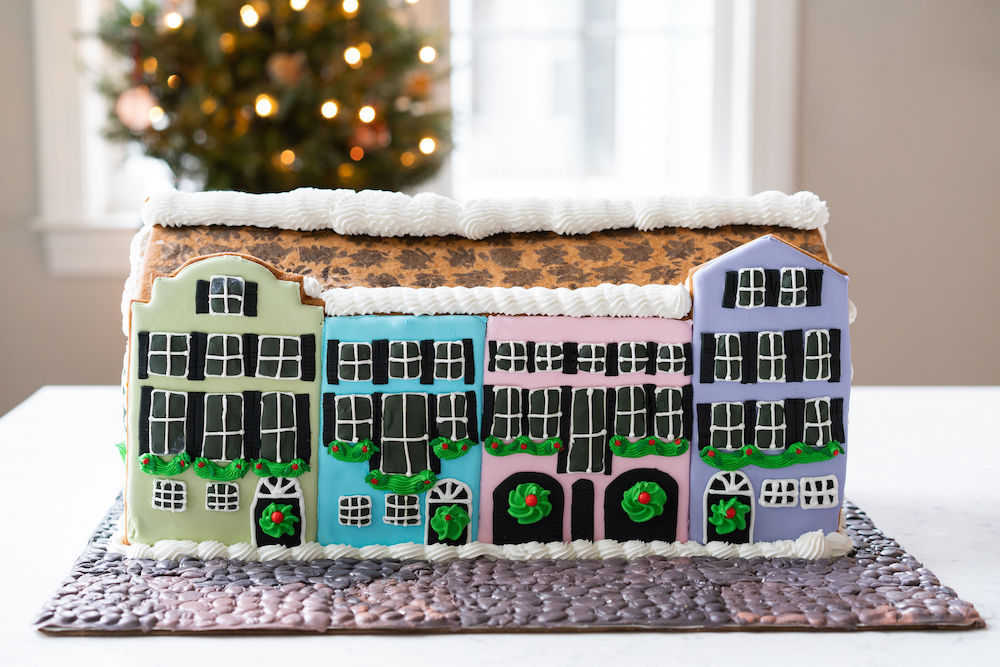 Merry Almost Christmas!! Who else is in full-on North Pole mode right now?! And by North Pole, I mean 60 degrees—another reason Charleston Christmases are just the best!

Remember in that earlier post where I said I’m in non-stop holiday baking mode this time of year? Well, in all that holiday baking, I have had making a Charleston-themed gingerbread house on my bucket list since I moved here. And this year I FINALLY had enough time to make one. Holy cow was I excited about this.

I struggle with gingerbread houses because they can take a crazy amount of time to make (those National Gingerbread Competition winners weren’t exaggerating when they said 6+ months for each gingerbread house), and most of the time, you aren’t really able to eat most of them after the fact. Don’t get me wrong—most of the cakes I make take at least 2-3 days, but there’s always the underlying satisfaction that people will actually be able to eat them when I’m done!

With all of that said, I seriously had so much fun making this. I knew I wanted it to be unmistakably Charleston, and few things are as symbolic of Charleston as Rainbow Row! It definitely required a little trial and error because I was hand-drawing silhouettes of Rainbow Row, then turning those into cardboard pieces to make a 3D model, then hand-cutting gingerbread dough to match those pieces. And that was just the first step!

Then it was assembly time. This was just piping enough royal icing to connect each panel, then waiting for them to set before moving on to the next. I also had the annual abundance of leftover Libby’s from Thanksgiving, so I was happy to find a secondary use for them as gingerbread wall stabilizers.

Finally, I added some fondant cobblestones around the base, and then a lot of little royal icing wreaths and garland greenery to give it the Christmas touch.

And then it was finished! Now it’s time to start planning for next year’s… 🙂